As is the case each year as we near the time known as Holy Week and Resurrection Sunday, Mochicahui is filled with the unholy sounds of pagan celebration. Traditional Indian dancers wearing demonic looking masks, with their arms and legs wrapped in seed pods take to the streets with their drums to perform the ancient rituals combined with pagan Catholic ideas. Many cover their heads and backs with scarves containing the image of Mexico’s version of the Virgin Mary. The dancers are called “Jews” and supposedly represent the demonicly influenced men who killed Jesus. By it is the dancers who get all the attention and glory. Sadly many Christians not only lack in their understanding concerning the significance of the dances, but also the Bible’s teaching concerning the need to lay aside all idolatry in order to follow Christ. Recently we attended a presentation of the New Testament as it has been translated into the language of the Mayo Indian people. On two occasions during the three hours long event, Mayo Indian dancers were invited to perform one of their ritual dances while the Baptist pastor officiating the event proclaimed that he and the other “Christians” that he represented had no problem with any of the traditional practices within the Mayo Indian culture. Apparently the syncretistic ideas of Catholicism have also greatly infected many churches that claim to be evangelical as well.

Other Items for Prayer & Praise 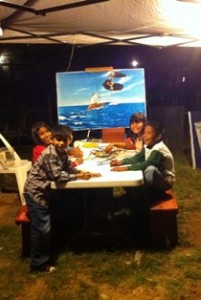 Thanks for your continued prayerful and sacrificial participation with us in proclaiming the gospel of Jesus Christ here among the Mayos of Sinaloa, Mexico. Your fellow servants, Brian & Danyel